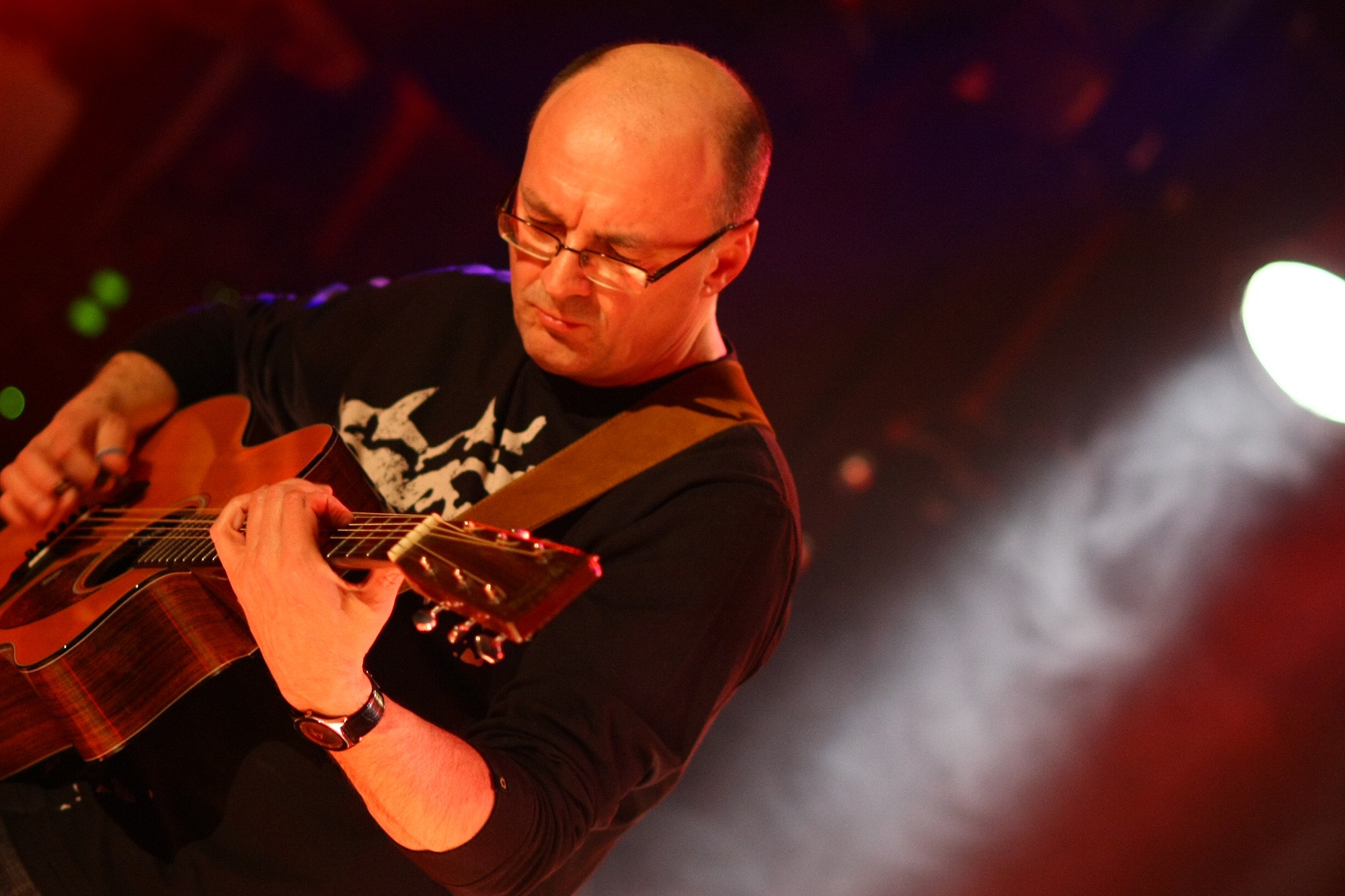 Long time friend of AGW, Jacques Stotzem has a new project: Fingerpicking Roots.  Jacques has studied his blues idols well – Blind Blake, Rev Gary Davis and Big Bill Broonzy among others. Each of these players had their own particular way of fingerpicking; Jacques captures this aspect in his playing while adding his own flair and unique style. Rev Gary Davis used to talk about Blake’s ‘sporting right hand’ and Jacques has got this down brilliantly.

This is an ongoing project and so far videos and tab exist for:

Jacques Stotzem
“In the acoustic guitar world today, Jacques Stotzem is one of the “fingerstyle” guitarists with the most diversified style. Born in 1959 in Verviers, the Belgian guitarist has recorded 14 CDs [now 15 with the release of The Way To Go] and is high up on the list for fans of the acoustic guitar. Readers of the influential German acoustic guitar magazine «Akustik Gitarre» have likened Stotzem to artists such as Leo Kottke, Paco De Lucia, Neil Young and Keb’ Mo’.

The two volumes of his CD “Catch the Spirit” (Rolling Stones, Jimi Hendrix, Rory Gallagher, Nirvana, Neil Young arranged on acoustic guitar) have been a big success and stayed respectively 41 and 23 weeks in the Belgian Pop Charts. His album “To Rory” is an acoustic instrumental tribute to his major influence, Irish Blues-Rock guitarist Rory Gallagher. It is the very first time that Gallagher’s music has been performed this way, and this project is getting rave reviews all over the world.”